David Flanders, founder and director of Square One Projects, found out about Made In Workshop by complete fluke.

David Flanders, founder and director of Square One Projects, found out about Made In Workshop by complete fluke.

“Square One Projects was looking for a workshop space to rent,” says David. “When Henry’s ad came up on a Google search, I decided to go and have a look. From the moment I walked in I knew it was the perfect place – it was a no-brainer.”

Based in Kew, Johannesburg, Square One Projects specialises in custom heating, ventilation, and air-conditioning solutions, as well as general and precision manufacturing. Earlier this year, they needed a space where they could manufacture a custom-built evaporative cooler, and Made In Workshop ticked all the right boxes.

David decided to complete the manufacture of his evaporative cooler at Made In Workshop as the majority of the work could be done at the makerspace. The assembly of an evaporative cooler would usually mean that a lot of the work would need to be outsourced, but this wasn’t the case. The fact that David had access to highly specialised machinery – like a three-axis CNC milling machine – was also a huge bonus.

“To buy a machine like that you can expect to pay anything up to R500 000, even for a second-hand one, so it’s definitely much cheaper going this route. Plus, Made In Workshop has virtually every machine and tool you need to put a product together.”

David explains that, thanks to Made In Workshop’s facilities, he was able to reduce the time to develop his concept, as well as the cost of manufacturing.

“They provide all the machines, so I can go from quoting to starting manufacturing in less than a day because all the facilities are there for me.”

David adds that he found some of the machinery, like the CNC milling machine, quite complicated to use, and he needed a bit of know-how to operate it. Made In Workshop’s founder and owner, Henry Levine, was there to provide basic training, as well as additional, above-and-beyond support.

“I had Henry there with me at midnight trying to figure something out. That’s the kind of support you get from Made In Workshop,” says David.

David and his team at Square One Projects aren’t afraid to get their hands dirty and take on the projects that other companies won’t – especially if they’re deemed too small in scale, or too complex. One such project was to manufacture a custom-built evaporative cooler, from scratch.

An evaporative cooler works by using a fan to pull hot air into the unit; this air passes through a series of water-soaked pads at a very slow speed. Water will absorb a relatively large amount of heat in order to evaporate, but the temperature of dry air can be dropped significantly through the evaporative cooler’s phase rotation of liquid water to water vapour. This vapour cools the air by using much less energy than refrigeration (which air-conditioners use). In very dry climates – like Johannesburg’s – evaporative cooling has the added benefit of conditioning the air by boosting its moisture

Air-conditioners use vapour-compression, absorption refrigeration cycles, and refrigerant gas, which makes them both expensive to run and bad for the environment. Depending on the air-change volume, an evaporative cooler can cool large spaces at a fraction of the cost, and Square One Projects was able to develop one that uses a miniscule amount of water and power compared to other evaporative coolers.

“It runs for basically nothing,” adds David.

David and his team spent a fair amount of time in Henry’s makerspace; he says he enjoyed how everyone comes together and helps each other out.

“At Made In Workshop you can talk to people from different manufacturing backgrounds; they have their way of looking at a problem, and, after chatting, I can come up with solutions I never would have thought of,” says David.

“When you have a place like this, it pulls like-minded people out of the woodwork.” 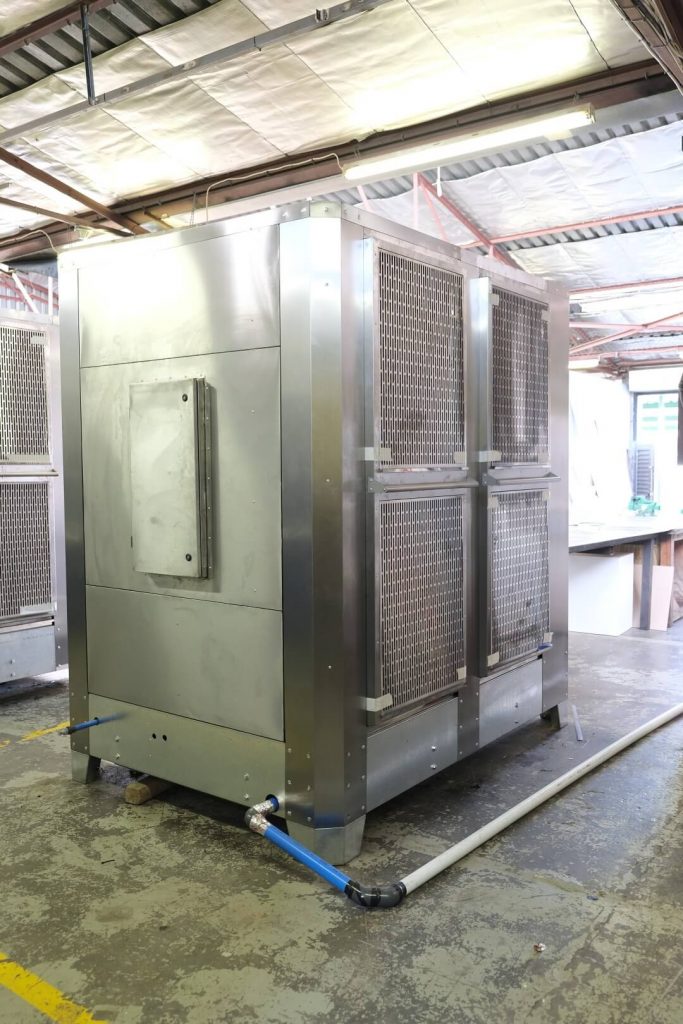 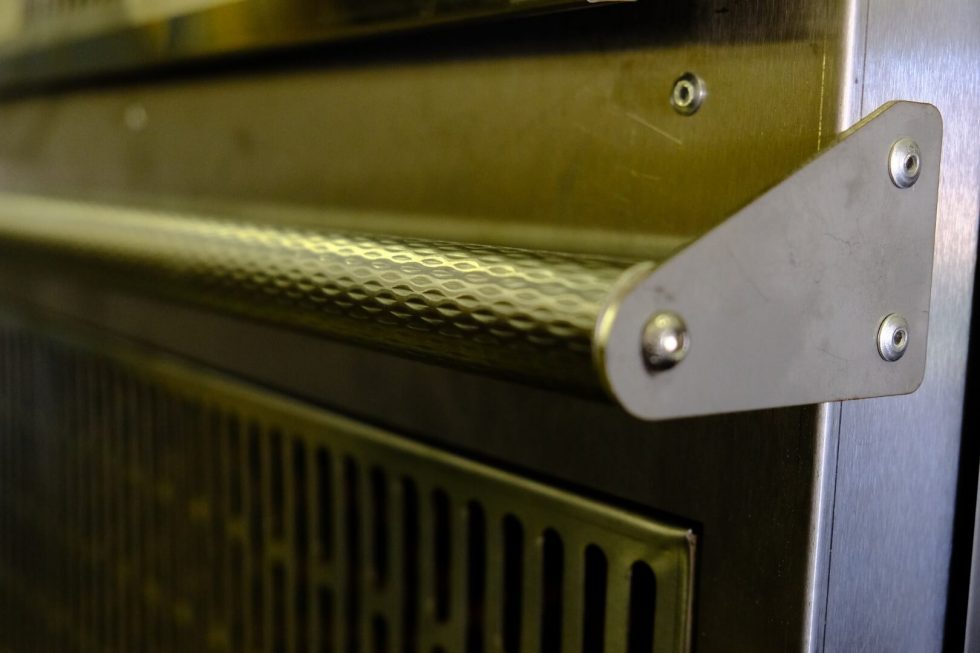 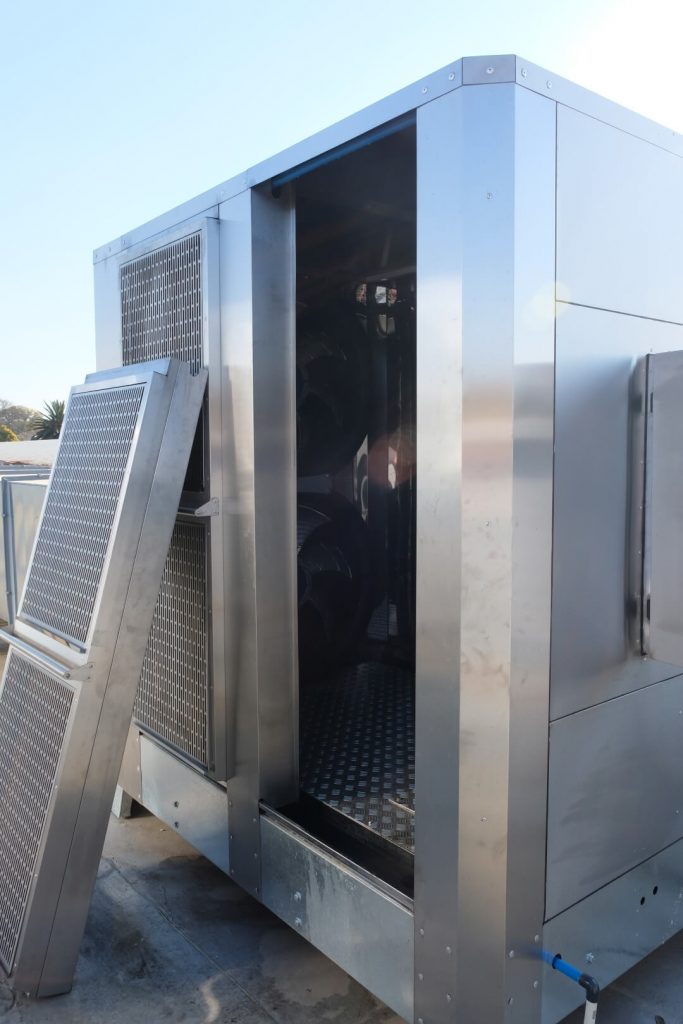 PrevPreviousThe CNC Router: Made In Workshop’s supercomputer
NextNicola Smith: Being a woman in an industrial worldNext

I started my small business (with no real capital) around...